The EU’s new human rights sanctions regime: one year on

On Human Rights Day 2020, the European Union adopted its Global Human Rights Sanctions Regime (HRSR). Designations were adopted in three rounds over the course of 2021. In early March, a first round listed individuals associated with the imprisonment of Russian presidential candidate Alexey Navalny. A second round shortly after produced a heterogeneous blacklist which, notably, included Chinese actors responsible for abuses against the Uyghurs. In December, a final round focused on the mercenary company Wagner Group.

Human rights are a flagship objective in EU foreign policy

It is not the EU's first horizontal (meaning themed rather than country-based) sanction regime. In previous years, the EU had established lists against chemical weapons and cyberattacks. Nor is it the first sanctions regime to address human rights breaches. Historically, most country-based sanctions imposed by the EU reacted to human rights abuses, particularly in the context of democratic backsliding. Moreover, many sanctions regimes currently in force feature a sub-regime for human rights violations. However, the EU’s third thematic sanctions regime is the only one that focuses exclusively on human rights. Human rights are a flagship objective in EU foreign policy, embraced with particular enthusiasm by the European Parliament.

The European human rights community celebrated the adoption of a new, dedicated tool to publicise abuses and perpetrators, further raising the EU’s profile as a global advocate of human rights.

In academic circles, the initial debate on the HRSR centred on its added value vis-à-vis country-based sanctions. The new sanctions regime comes with several flexible innovations to a system characterised by the rigidities of unanimous decision-making. First, it obviates the need to negotiate a country-based framework. Horizontal blacklists can accommodate different human rights abuses not necessarily linked to a crisis. One example is the illicit exploitation of natural resources. Second, the new regime disconnects breach from geography. This is evident in the second round of listings' mix of nationalities and locations, which span three continents and combine state authorities with non-state actors.

Human rights goals require integration with geographic policies, but HRSR points in the opposite direction

However, disconnecting the breach from the crisis many not always be advantageous, or even viable. Seasoned observers of EU foreign policy note that human rights goals require integration with geographic policies. The establishment of the HRSR, however, points in the opposite direction. Others draw attention to the difficulty of maintaining positive engagement with a foreign government while holding accountable human rights abusers within the same country via the HRSR.

Interestingly, most HRSR designees belong to state authorities. The two initial rounds of listings could not have been more controversial. The first round followed High Representative Josep Borrell’s troubled visit to Moscow in early 2021. The second was at the root of tensions with China, which reacted by blacklisting European members of parliament, diplomats and even some think-tankers.

Only the third round of listings, aimed at a mercenary company, did not cause a diplomatic fallout. This round designates a non-state actor with transnational reach; thematic regimes are best suited to this type of target. Moreover, just like the chemical weapons sanctions regime, the HRSR lists entries that also feature in geographical sanctions regimes. In the latest round, Wagner Group designations spread across four sanctions regimes: HRSR, Libya, Syria and Ukraine. This includes the double-listing of the company founder.

The changing rationale of sanctions

Beyond political controversies, scholarship is gradually taking issue with how themed sanctions transform the rationale for sanctions. There is growing recognition that adopting a themed logic increasingly signifies a step towards 'legalisation', moving sanctions away from the terrain of diplomacy. Voices decrying that designations under the HRSR reverse the burden of proof characteristic of criminal law underscore the approximation of sanctions to international criminal justice.

But what is the HRSR for? There is no better place to ascertain the objective of a sanctions regime than its de-listing criteria. Analysts generally pay most attention to the designation criteria. These specify the reasons why individuals and entities may find themselves on the list. Yet these criteria do not specify what actions designees – or anyone else – must take to promote their de-listing.

Thus, it is best to base the ultimate goal of sanctions regimes on de-listing criteria. Equivalent legislation in the United States is the 2016 Global Magnitsky sanctions regime. In contrast to Magnitsky, the EU’s HRSR lacks de-listing criteria. This leaves designees, and country authorities, in the dark about the finalité of the listings, creating a situation of ambiguity. Of course, such ambiguity might be useful in several respects, as it often is in politics. But it also generates confusion as to whether the listings intend to punish, or to induce behavioural change.

This classic debate in sanctions scholarship takes on a new quality given that many – although not all – actions warranting listing qualify as international crimes, such as breaches of humanitarian law. If de-listing criteria are missing, it remains uncertain whether any action could bring an entry out of a blacklist. If it could, exactly what might be required?

We can construe the absence of such criteria in different ways. It may indicate that de-listing is plainly impossible. But it may also mean that de-listing will occur when designated individuals, or those in control of listed entities, are brought to justice. Without this information, the finalité of the EU’s new sanctions regime remains obscure. This leaves the observer wondering how a horizontal sanctions regime can promote human rights while it remains unknown what remedial action, if any, is expected. 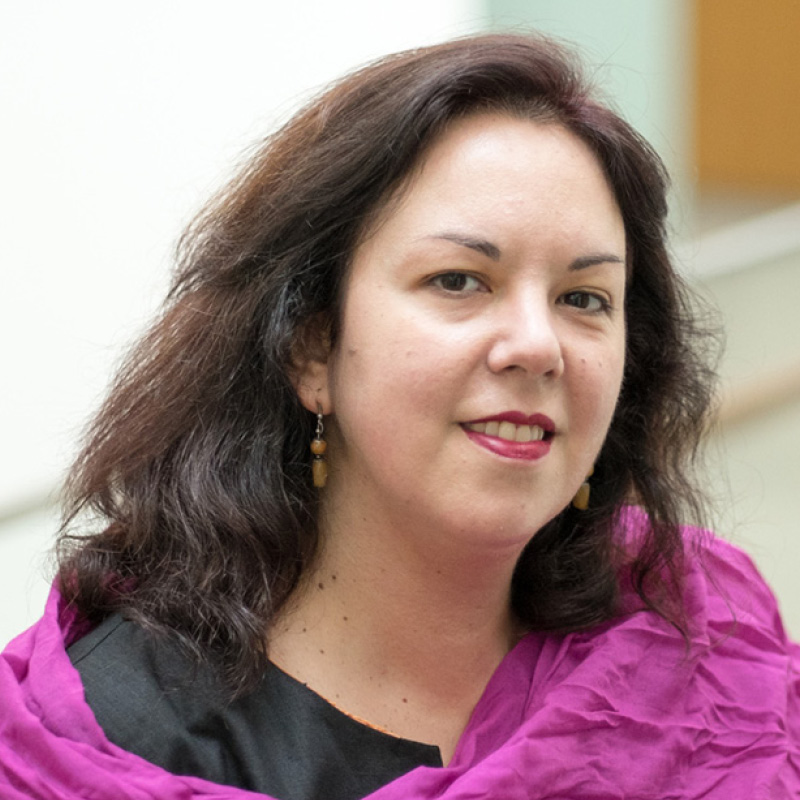 Clara has peviously held appointments with the Institute for Security Studies of the European Union (EUISS) and Singapore Management University. 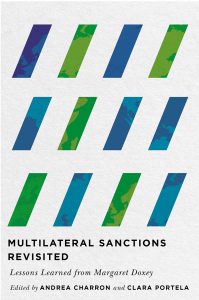 European Union Sanctions and Foreign Policy: When and Why do they Work?
Routledge, 2011 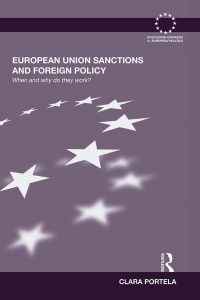 The EU’s new human rights sanctions regime: one year on