Former French President Nicolas Sarkozy has been found guilty of corruption and misuse of influence. Alistair Cole traces Sarkozy’s misfortunes in part to his personal political style, but also, more profoundly, to a broader move towards transparency that has pitted judges against politicians

Former French President, Nicolas Sarkozy, has appealed the recent verdict finding him guilty of corruption and misuse of influence. Sarkozy has been condemned to a three-year prison sentence, two years of which are suspended.

Sarkozy is the second president to be so condemned – President Chirac had a suspended sentence in 2011. But if his appeal fails and he is found guilty in one of the forthcoming cases against him, he would become the first president to serve actual prison time.

Whether or not he is definitively condemned is beside the point politically, because the damage is already done. The ‘fast’ President has finally run out of steam.

Sarkozy’s misfortunes reveal a gradual shift in French political practices since the late 1980s. This is the result of a revival of judicial activism and the changing balance in the tense relationship between politicians and judges.

The details of this specific affair relate to an earlier enquiry. The former President was under investigation for allegedly receiving donations from L’Oréal heir Liliane Bettencourt, for which he was later absolved. Sarkozy was placed under surveillance by the National Financial Prosecution service.

In the course of the phone tapping, details emerged of a secret phone line, in the name of Paul Bismuth, used to contact his lawyer Thierry Herzog. This line was eventually traced back to Sarkozy. Allegedly, Sarkozy had proposed to intervene in favour of Gilbert Azibert, a member of France’s Court of Cassation (France’s highest court in civil law matters), for information about whether the Court intended to seize presidential diaries in relation to the Bettencourt affair.

In exchange for this favour, it was alleged that Sarkozy used his contacts to support Azibert for an honorific position in Monaco. In the event, Sarkozy was found not to have abused his influence over Bettencourt, and Azibert did not secure the Monaco post. But the damage was done.

In the judgement, all three men were handed prison sentences for attempted corruption and using undue influence. All three have appealed against it. Sarkozy was criticised harshly by the judge for betraying his status as former President and guardian of the French judiciary. The fact that he had been a lawyer, aware of the system's intricate workings, also incriminated him.

Sarkozy’s defence was that the information had been obtained illegally. There was, indeed, unease in the French legal profession, because the case is seen as a threat to confidential lawyer-client relationships. The judge determined otherwise. He concluded that Sarkozy had used his personal networks to influence outcomes in relation to a judicial inquiry.

The straw that broke the camel’s back

The Bismuth case is only one of a number of contentious episodes.

The Bygmalion affair, due to be tried later in March–April 2021, relates to campaign funding. Bygmalion was an events company that raised invoices for services delivered during the 2012 campaign. The charge is that Sarkozy’s party, the Union for a Presidential Majority (UMP), used Bygmalion to raise inflated invoices and divert money into Sarkozy’s presidential campaign.

Other legal cases include the suspicion that Sarkozy secured donations for his successful 2007 campaign from Libyan dictator Muammar Gaddafi.

The final act of an extraordinary career

How might we interpret this first condemnation? At the individual level, it is probably the final act of an extraordinary career. Sarkozy was, after all, President of France from 2007–2012.

There is a personal dimension to Sarkozy’s current predicament. His political style was based on maintaining personal networks at the heart of the state and administration. This while provoking existing institutions (especially judges) and cultivating close relationships with unorthodox characters such as Colonel Gaddafi.

Even while he was President, Sarkozy had to defend himself against accusations of nepotism and exercising undue influence. The highest profile such case related to his own son, Jean Sarkozy, who was proposed as ideal candidate to lead the organisation regulating Paris-La Défense business district. Faced with public uproar, Sarkozy was forced to back down.

Weakness in the system

Sarkozy’s various affairs can also be interpreted in terms of structural weaknesses in the French political and party system. They reveal fractious relationships between politicians and the legal system. The role of the investigating magistrates has been an object of interest since the 1980s party funding scandals of the Mitterrand presidency.

All parties have been targeted by judges. During the current Macron presidency, France Unbowed leader Jean-Luc Mélenchon has been found guilty of contempt of court. The National Rally's Marine le Pen was condemned in relation to party funding. Even François Bayrou, Macron’s centrist ally and former Justice minister, was forced to resign from government only days after being sworn in as minister, on account of a judgement relating to misuse of European parliament money.

A crisis of trust in public institutions

With the Sarkozy case, the Right has accused the legal system of becoming ‘politicised’. Particular blame has been directed towards the Financial Public Prosecutor, a role created by President Hollande in 2013. Explicit challenging of established institutions does not, however, add to underlying trust in the political system.

The Sarkozy affair brings to light not only the role of new or empowered legal institutions, but also the saliency of issues of transparency and conflicts of interest. The longer-term trends towards transparency will probably continue to shake up the French political system, reinforcing an existing crisis of trust. 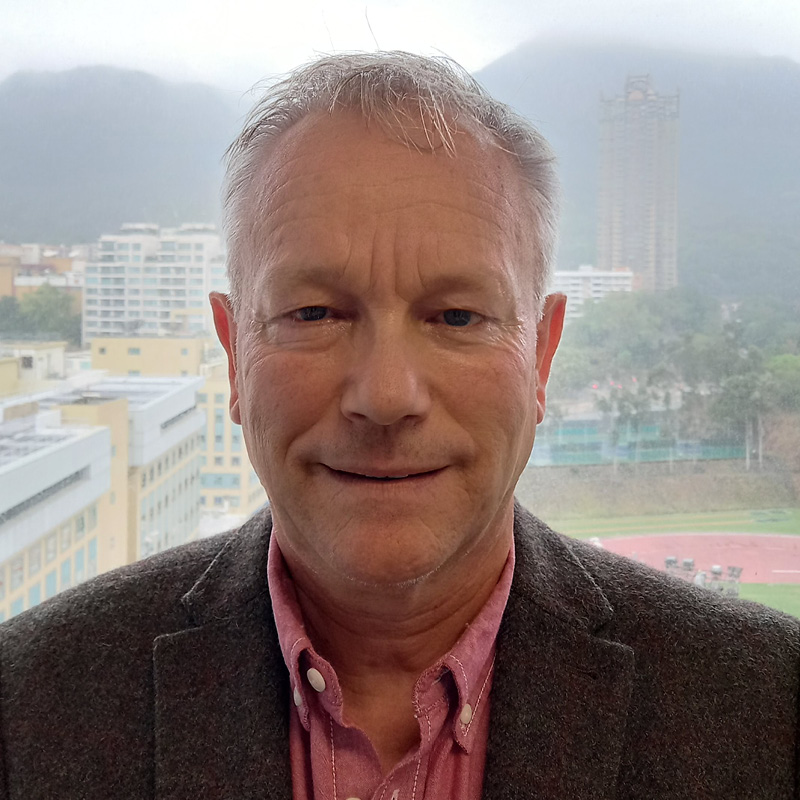 Alistair Cole
Professor of Politics and Head of the Department of Government and International Studies, Hong Kong Baptist University

Alistair has worked for over 35 years in the field of European and comparative politics and governance. This blog entry reflects a longstanding interest in French politics.

Major of the 1980 Government and History promotion at London School of Economics (1st, awarded the Bassett Prize for Political Science), he completed his DPhil at Oxford University in 1986.

Alistair has been awarded several prizes, and has been a fellow of the UK Academy of Social Sciences since 2011.

Alistair is the Author of Emmanuel Macron and the Two Years that Changed France (Manchester: Manchester University Press, 2019) 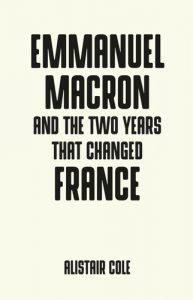