From aloofness to panic: Macron could yet lose the French presidency

Emmanuel Macron’s aloofness from electioneering, the collapse of party loyalties and seething public dissatisfaction have created a heady recipe for the French presidential election, says John Keiger. The incumbent could even lose – or end up severely damaged in terms of legitimacy for a second term

Until a week before this Sunday’s first round of the presidential race, the French appeared to be shunning their most important electoral contest. Polls showed that numbers of undecided voters, those likely to abstain or cast a spoilt ballot were far higher than at similar periods in the past. Many explanations have been suggested. Among them are the Covid pandemic and the war in Ukraine giving French citizens the impression their election was being stolen from them by outside forces.

But a further reason was the attitude of incumbent president Emmanuel Macron. In line with his high-and-mighty posture since the 2017 election, he has doubled down on Jupiterian aloofness. Macron refused to declare his candidacy until the very last moment. Condescendingly, he shunned invitations to debate with other candidates, and claimed affairs of state were more important than election campaigning. Why bother, when polls continued to give Macron a substantial lead over his rivals? This complacency may cost him dear. In the last few days, Macron's lead has shrunk to within the margin of error of a lost presidency.

In the last few days, Macron's lead has shrunk to within the margin of error of a lost presidency

To compound matters, voting intentions show a stunning breakdown in party loyalty. Most significantly, there is increasing fluidity and porosity between far left and right. A recent poll showed one fifth of green and left-wing voters willing to cast a ballot for Marine Le Pen. When combined with the reservoir of voters to the right of Le Pen, from Éric Zemmour’s camp (10%) and the sovereignist Nicolas Dupont-Aignan (2%), she has the potential to win. What's more, Le Pen may even attract a fair slice of centre-right Valérie Pécresse’s electorate.

Panic in the Macron camp

There is clear panic in the Macron camp. First, because of the growing possibility of a Le Pen victory. And second, because they fear their candidate may limp over the line unconvincingly, and then have no clear parliamentary majority to govern. The President of the Senate is second only to the President of the Republic in authority. He claimed recently that there was a strong chance French voters would feel cheated of their election. The victor’s legitimacy would therefore be undermined – with grave political consequences.

If Macron limps over the line unconvincingly, he may then have no clear parliamentary majority to govern

The 2022 French election cycle really has three stages. First come the presidentials, then the parliamentary elections of 12 and 19 June. These are followed by what is often called the ‘third round’. This is the point at which French citizens take to the streets in a ‘social round’ to vent their frustration at their choices being, in their eyes, overruled – a lapse of the loser’s consent essential to liberal democracy.

Already the second stage – the legislative election – is looking extremely messy. If we're to believe the polls, the two traditional parties that have governed France under the 5th Republic will disintegrate after the second round, whoever wins. On the left, the Socialist candidate Anne Hidalgo will be wiped out with 2%. The Green candidate Yannick Jadot is predicted to gain a mere 6%. The left’s reputation will be saved by the firebrand hard-left Corbyn-like Jean-Luc Mélenchon (16%), whose La France Insoumise (France Unbowed) party is a recent creation. So a bitter realignment on the left is beckoning over choices of constituency candidates. Besides, a final seat distribution in the lower house Assemblée nationale could see a far more left-leaning group replacing the Socialists.

Bruising realignment is also on the cards for the right. It is looking as though the centre-right Parti Républicain – fresh from their candidate’s humiliating defeat – will split. The harder right element will broker deals with Marine Le Pen and Éric Zemmour’s troops for local constituencies. Moreover, these two far right groups may be able to unite and thus increase their miserly representation in parliament from the present tally of only seven députés. That would leave Emmanuel Macron’s five-year-old La République En Marche! party – with little local party loyalty – attempting to broker deals with the rump of the Parti Républicain and the rump of the Socialist Party. This could lead to an unruly chamber, whoever wins.

The so-called ‘third round’ of the electoral cycle is potentially the most destructive and dangerous. There was a foretaste of financial market panic last Tuesday when a poll put Macron and Marine Le Pen on 51.5% and 48.5% respectively. This is within the margin of error for a Le Pen victory. The poll results led major French Bourse stocks to drop by 5% and French bond spreads to widen.

In the event of a Le Pen victory, violent unrest could ignite in the banlieues

But the greatest uncertainty is the street. On 6 April a highly respected 16,500 sample opinion survey evidenced citizens’ frustration at the absence of a proper campaign. Among these citizens, 37% felt proximity to ‘an angry and very militant France’ and 55% declared themselves ‘aggrieved’. It is a truism that the French have a penchant for the barricade. Yet the traditional seething dissatisfaction post-presidential election appears to be growing, and none more so than since Emmanuel Macron’s election in 2017. A feeling that elections always disappoint is becoming more pervasive. Added to that is fear of violent social unrest igniting in the banlieues in the event of a Le Pen victory.

Under the Second Empire the radical polemicist Henri Rochefort joked at the unsettled nature of French citizens. France, he said, 'contains 36 million subjects, without counting the subjects of dissatisfaction’. Whatever the outcome on Sunday, France is likely to be at its most restless for decades. 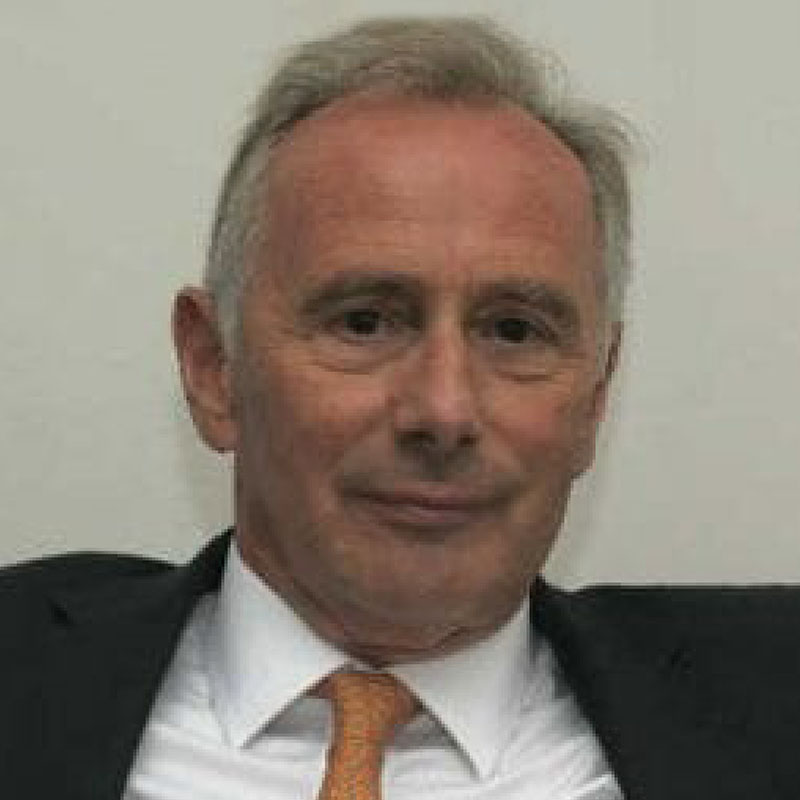 John is a former Professor of International History.

His research interests lie in the area of foreign policy, notably of France.

From aloofness to panic: Macron could yet lose the French presidency