Twenty-three years after the Good Friday Agreement, the political atmosphere in Northern Ireland has reached boiling point. The underlying cause of recent unrest, writes Feargal Cochrane, is Brexit and its particular ramifications for Northern Ireland

First things first. Last week, rioters as young as twelve took to the streets of Belfast, attacking police with petrol bombs. Before they did so, however, it's unlikely they had pored over the finer details of the Northern Ireland Protocol, an appendix to the Brexit Withdrawal Agreement that covers the special situation in Northern Ireland.

A range of factors explain the nightly rioting in Belfast. Some of them are captured by the euphemism ‘recreational violence’, but the unrest is driven largely by low-level sectarian tension between nationalists and unionists.

Eleventh Night, the night before the Twelfth of July, is an annual Ulster Protestant celebration. Many neighbourhoods build towering bonfires, often accompanied by street parties. Last July, the sectarian slogan 'KAT' (Kill All Taigs, a derogatory term for Catholics) was daubed on a children’s bonfire in the loyalist Rathcoole housing estate. People old enough to know better were sending a genocidal anti-Catholic message to Protestant children during their summer holidays.

So there has been a significant degree of international media interest in the recent riots. But violence has never gone away in Northern Ireland – even if its severity has been curtailed significantly since 1998.

An explosive cocktail of factors

The most recent upsurge in street violence emerged from a confluence of grievance and opportunity. Several longer-term irritations linked to Brexit and the Covid pandemic became mixed up with more immediate frustrations. These included fallout from the funeral of leading Belfast republican Bobby Storey, an event attended by senior Sinn Féin members, in apparent breach of Covid restrictions.

The police decision not to prosecute funeral attendees went down very badly in unionist circles. First Minister Arlene Foster called on the Chief Constable of the police to resign.

There was also a recreational element to the unrest. Teenagers were given a green light from their seniors to attack the police, knowing the police response would be relatively light-touch. While the police did make some arrests, intervention hardened only towards the end of the week. For the first time in six years, the police deployed water cannon.

Brexit and the Northern Ireland Protocol

The wider political context, especially Brexit and the implementation of the Northern Ireland Protocol, is key to understanding the unrest.

Since January 2021 unionist politicians, especially those in the Democratic Unionist Party (DUP), have sounded regular doom-laden warnings about the impact of the Northern Ireland Protocol on political stability.

Despite being leading advocates of Brexit, the DUP is now suffering a severe case of buyer’s remorse. The Brexit the DUP thought it was getting has been revealed to be flawed – not least in the sense that Northern Ireland will, in contrast with the rest of the UK, remain aligned with the EU. This was anathema to many in the broad unionist and loyalist community – described by DUP leader Arlene Foster in 2018 as a ‘blood red’ line.

There could not be a regulatory border in the Irish Sea separating Northern Ireland and Great Britain. Boris Johnson underwrote this demand right up to the moment he did exactly that in signing up to the Northern Ireland Protocol, cutting the DUP loose in October 2019.

Unionist cries of betrayal have fallen on deaf ears. In February, however, they did achieve some level of cross-party unity, launching a challenge against the legality of the Protocol. Alongside this, the DUP and other unionist voices have steadily ramped up the rhetoric against it.

Boris Johnson devised the Protocol in consultation with the European Union. Yet rather than point the finger at the Prime Minister, unionists are blaming the Irish government, and the wider Irish nationalist community, for the Protocol's existence.

The decibel level of unionist rhetoric has risen considerably since the Protocol came into force in January. We must understand the recent riots in Belfast in that context.

In February, North Antrim MP Ian Paisley Jnr told the House of Commons that Brexit and the Protocol had betrayed unionists and made them ‘feel like foreigners in our own country.’ East Antrim MP Sammy Wilson went further, claiming the DUP would fight ‘guerrilla warfare’ against the Protocol.

In addition to the unionist political representatives, paramilitaries have started to flex their muscles over recent weeks. The Loyalist Communities Council (LCC) is a legal front organisation for several proscribed loyalist paramilitary groups. On 4 March, it wrote to Boris Johnson withdrawing its support for the Good Friday Agreement until the Protocol was removed.

The LCC claims it is committed to peaceful modes of resistance. Yet the whiff of cordite hung palpably around this letter – and the recent rioting in Belfast took place against its backdrop.

Paramilitary groups might not have orchestrated the violence. But they could certainly have stopped it if they had wanted to

LCC response to the riots cautioned against the ‘dangerous consequences’ of the Protocol. We can see this either as a useful warning, or a veiled threat.

The political fabric of Northern Ireland

Paramilitary groups might not have orchestrated the violence. But they could certainly have stopped it if they had wanted to. The fact that they did not indirectly encouraged the riots to continue.

The rioting may well burn itself out. But while the charred remains of buses and cars can be removed, damage to Northern Ireland's political fabric will take much longer to repair. 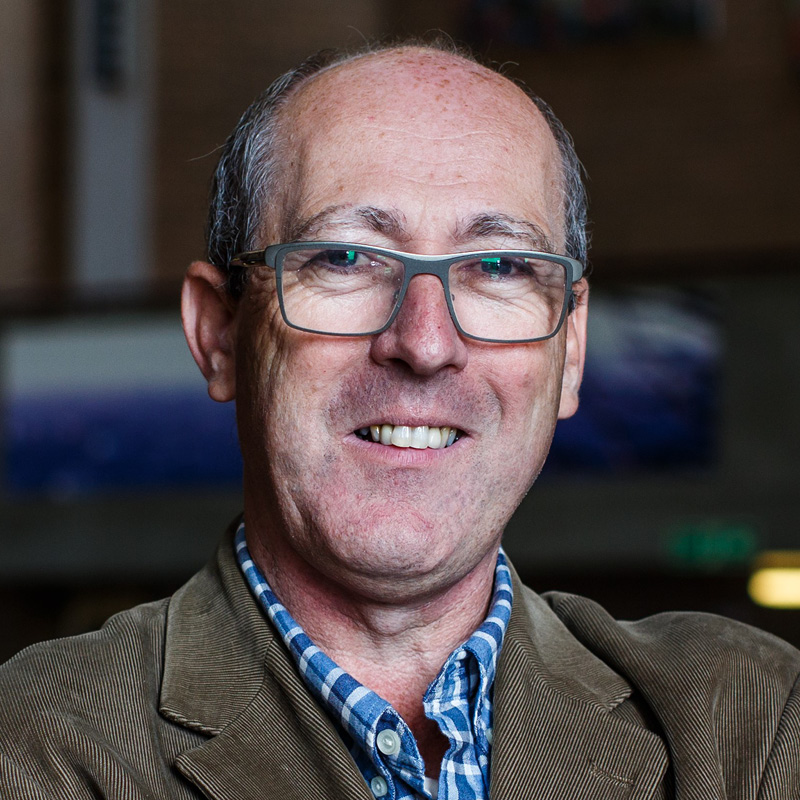 From 2012–2020, Feargal was Professor of International Conflict Anlaysis in the School of Politics and International Relations at the University of Kent, where he was also the Director of the Conflict Analysis Research Centre (CARC).

Feargal has published widely in the area of political violence and conflict transformation in leading international journals and with prestigious academic publishing houses. 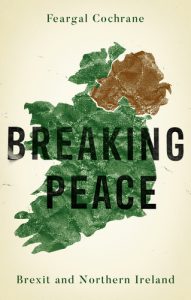 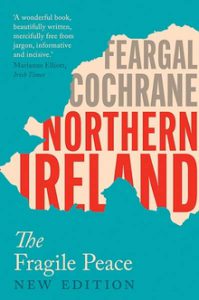