The era of neoliberalism began with Thatcher and Reagan. Paolo Gerbaudo argues that it is crumbling before our eyes. Replacing it is a new era of ‘neo-statism’, the exact parameters of which are still up for debate

Politics does not manifest itself only through competing ideological positions (left versus right, socialists versus conservatives). It is also defined by points of partial consensus in society. At any given point in time, there are fundamental questions on which large sections of the population have a shared political ‘common sense’. These provide the backdrop against which political competition takes place.

Yet, in turn, this political common sense or ‘meta-ideology’ is not immutable. Rather, it evolves though time, depending on which axiomatic ideological views are dominant in society. The economist Nikolai Kondratieff discussed the idea of economic long waves, lasting 40–50 years. To draw a simile with his concept, we could speak of ‘ideological eras’; periods defined by the dominance of certain meta-ideological assumptions that inflect the entire political space. These ideological eras force all actors to position themselves relative to them.

This notion, while under-theorised, is implicit in much political analysis. Think, for example, of the way Immanuel Wallerstein described the 19th and early 20th century as an era of ‘triumphant centrist liberalism’. Or the way people describe the period from the 1940s to the 1970s as a social-democratic or Keynesian era. Many refer to the period that began with the electoral victories of Margaret Thatcher and Ronald Reagan in 1979/1980 as the ‘neoliberal era’. All in all, the implication is that different ‘ideological eras’ have existed, which have been defined by different ideological assumptions.

So what kind of ideological era are we living through right now?

Meta-ideological horizons are difficult to grasp, precisely because they seem to permeate the entire political space. Yet, they become particularly visible at the moment they are crumbling or forming – or both.

As I argue in my new book The Great Recoil: Politics after Populism and Pandemic, we seem to be precisely at the moment of passage between two ideological eras. Neoliberalism is being called into question, while ‘neo-statism’ (a new cross-party consensus about the need for a more interventionist state) is on the verge of displacing it.

Neoliberalism was not simply a set of economic policies. It also involved a certain discourse, a Weltanschauung, signalled by the recurrence of signifiers such as competition, opportunity, entrepreneurialism and meritocracy. In the round, these notions suggested that society’s priority after the crisis of the 1970s was to unleash human potential and creativity. There was a sense that the overbearing control of a wasteful and inefficient state had stifled such potential. This narrative now seems to have run out of steam.

The return of the interventionist state

The current situation is, for neoliberals, what the stagflation crisis of the 1970s was for social democrats. It is a dilemma that appears impossible to resolve within the logic of the incumbent meta-ideology.

The economy is no longer working as neoliberals expect it to. There is chronic economic stagnation. Interest rates are at historical minimums. And inflation has experienced only a temporary spike, even after trillions of dollars and euros of monetary expansion. But this is not just an epistemological crisis; it is a phase in which the discourse of neoliberalism has lost any bearing on the actual practice of policy-making.

The interventionist state – that traditional bugbear of neoliberalism – is now back, and in redoubled form

Politicians currently face a global pandemic combined with the prospect of catastrophic climate change. Confronting these challenges, they have resurrected forms of government interventionism neoliberals always denounced as wasteful and irrational.

We are witnessing massive social transfers to address unemployment and business failure. Investment programmes aim to decarbonise the economy and tackle the climate crisis. The interventionist state – that traditional bugbear of neoliberalism – is now back, and in redoubled form.

Advocates of ‘free markets’ continue to pretend this is an exceptional phase, after which things will return to pre-pandemic normality. Yet, neo-statism looks increasingly like the ‘new normal’, within which left and right will need to develop new positions.

A yearning for greater government intervention

The defining problems of our era – the health crisis, climate change, economic stagnation – do not appear to have credible ‘market solutions’. This has precipitated the return of the interventionist state. These era-defining problems make the state seem vulnerable, and lacking control. This generates widespread anxiety, or agoraphobia, among citizens, and this, in turn, triggers demand for security and protection, the like of which only the state can deliver.

Neoliberals argued that the state was a meddlesome structure that should be kept at bay. These days, as opinion polls show, the majority of citizens seem to think almost the opposite.

The defining problems of our era – the health crisis, climate change, economic stagnation – do not appear to have credible ‘market solutions’

This yearning for greater government intervention is a shared point of consensus across the centre-left and centre-right. We can see this convergence in the way politicians on all sides take up similar slogans such as 'build back better'. We see it, too, in the emphases on protection and security, on reconstruction and infrastructure.

Convergence is also manifest in an overlapping of policies. These range from the bipartisan recuperation of deficit-spending, to the recuperation of trade protectionism. It is apparent in the shift from Bush and Blair's idea of ‘exporting democracy’ to present-day foreign policy ‘isolationism’.

Differences in the post-pandemic left and right

Yet deep differences in terms of the understanding of the ultimate mission of the post-pandemic state accompany this shared adoption of new meta-ideological assumptions. On the centre-right, the protection offered is first and foremost protection against immigrants perceived as a threat to the nation. It is also protection of the wealthy against redistributive demands that have grown amid ballooning inequality. Conversely, on the centre-left the discourse of protection focuses on the promise to protect citizens from the rapacity of digital capitalism. It also promises to improve social conditions after decades of a neoliberal ‘race to the bottom’.

These are radically different understandings of the mission of the post-pandemic state, and the protection and security it has in store. Much of our political future will depend on which of these post-neoliberal narratives will gain traction. 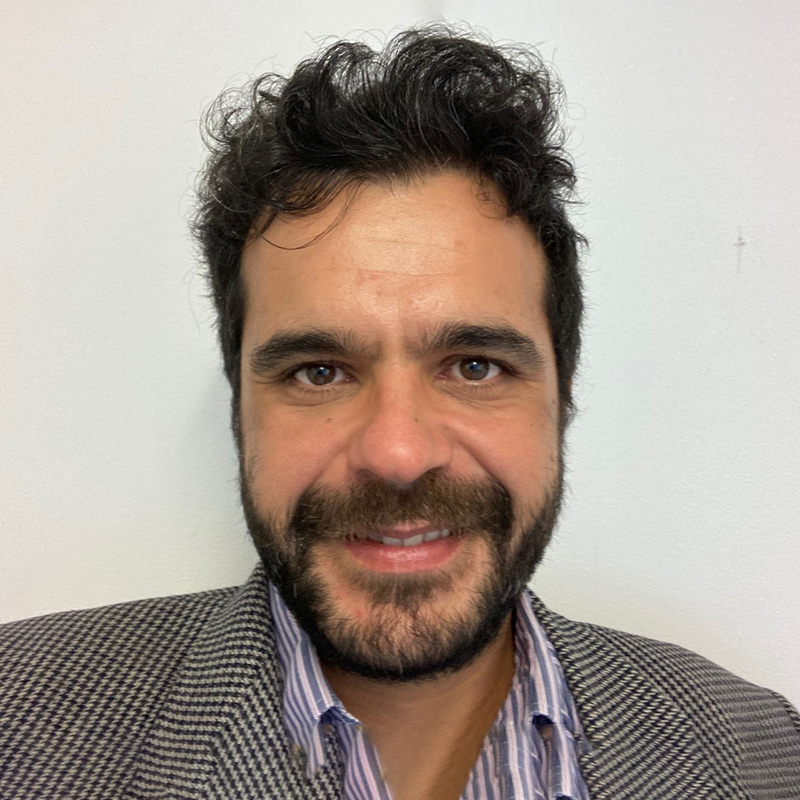 Paolo is a sociologist and political theorist.

His work explores the tranformation of political organisation and discourse in the 21st century.

His most recent publication is The Great Recoil: Politics after Populism and Pandemic (2021).