The new President of the European Parliament, Maltese Roberta Metsola, was elected as a continuity candidate of the centre-right. Yet, argues Martin Westlake, her election also marks a shift to the young, the left and the south, by a gifted politician who will surely leave her mark

A breath of fresh air

On 18 January 2022, the European Parliament (EP) elected Roberta Metsola as its President. Metsola, a Member of the European Parliament (MEP) from the Maltese National Party (belonging to the European Peoples Party, EPP), will serve for the remaining two-and-a-half years of the Parliament’s 2019–2024 mandate. Metsola defeated the other two candidates in the first round with ease. Of 690 votes cast, she received 458, in a parliament of 705.

In many ways, Metsola’s election brings a breath of fresh air to an institution and a European Union 'greyed' by several years of fighting the Covid-19 pandemic. At 43, a member of Generation X, she is the youngest EP President ever elected. Younger by far than the President of the European Commission, Ursula von der Leyen, she is also a few years younger than European Council President Charles Michel.

Not only that, she is also only the third female President of the EP. Metsola’s election comes 42 years after the election of Simone Veil, the directly-elected Parliament’s first President, and 22 years after Nicole Fontaine.

A smooth transition and generational shift

At the same time, Metsola’s election provided a smooth transition. She was already the EP’s First Vice-President. When the former President, David Sassoli, fell ill in September 2021, Metsola stood in for him. When he subsequently died on 11 January 2022, she became acting President. The Parliament was, therefore, used to seeing her in the presidential chair and knew she was up to the job.

As the presidential stand-in, Metsola had also represented the EP on interinstitutional occasions, including at Sassoli’s state funeral in Rome. All this led to a sense of natural succession. The election procedure, therefore, was less politicised than might otherwise have been the case.

On the eve of Metsola’s election, a Mid-Term Agreement on the three groups' political priorities formalised this coalition. And it was, essentially, this three-group coalition that elected her the next day. The new coalition underlines the relative shrinkage of combined EPP and S&D representation (the two having held sway alone, 2014–2019).

Shift to the centre left

Metsola’s election also confirms the rise in support and power for the S&D relative to the EPP (until recently the dominant group within the Parliament). The S&D has overtaken the EPP in recent pan-EU opinion polls. It could even become the dominant group after the 2024 European elections. So pronounced was this trend that the S&D played with the idea of breaking with the 2019 agreement to replace Sassoli with an EPP candidate for the second half-mandate. Sassoli was a much-respected President who would undoubtedly have been a strong candidate.

Shifts in polling indicate that the S&D, not Metsola's EPP, might become the dominant group in the EP after the 2024 elections

In the end, Sassoli would not (and, it was belatedly discovered, could not) stand. But, in addition to the Mid-Term Agreement, the S&D held out for an increase to five of the Parliament’s 14 vice-presidential slots, as well as the presidency of the Conference of Committee Chairs, a key coordinating position traditionally held by the EPP. Thus, Metsola's election from the centre-right came at the price of a significant shift in power and influence to the centre-left.

Shift to the south

Metsola’s election also brings an increasingly southern geopolitical aspect to the EP’s leadership. Metsola is from one of the EU’s smallest countries, and one of its more recent Member States (Malta acceded in 2004). First elected MEP in 2013, she soon became a point person, within the EPP and Parliament, on migration – a subject important to Malta.

Indeed, Metsola’s otherwise inexorable political progression found only one obstacle. She opposes abortion, which is legal in every Member State except Malta. However, this has now been finessed. Metsola promised to represent the Parliament’s position, which regards safe access to abortion as a human right, for the duration of her tenure.

The first half-mandate of the current EP was very much focussed on von der Leyen’s European Commission, which had to fulfil its promises of a raft of legislative proposals. The focus during the second half-mandate will be much more on the legislature’s ability to deliver. The spotlight, therefore, will probably shift accordingly, to the Parliament and its new President.

Metsola will continue to do what she does best. She chairs well, assisted by her fluency in French and English in addition to her native Maltese. She acts as a safe pair of hands. And she represents the Parliament with poise and vigour. (An early test came when French domestic politics hijacked President Macron’s 19 January speech before the EP.)

Such a young, gifted politician will surely make her mark – and then?

During her 24-month mandate, Metsola will surely make her mark. Questions about the future of such a young, gifted politician who has already achieved such prominence will then inevitably arise. However, they will do so against the backdrop of a probable relative decline in electoral support for her political group.

Possibilities would include continuing as EP President into the first half of the EP’s 2024–2029 mandate. Alternatively, if the Spitzenkandidaten procedure is revived, she could become her Group’s candidate for the presidency of the European Commission. This would, however, pit her against incumbent President Ursula von der Leyen, and the President of the EPP Group in the EP, Manfred Weber. Whatever happens, such a talent is unlikely to fall back into the ranks. 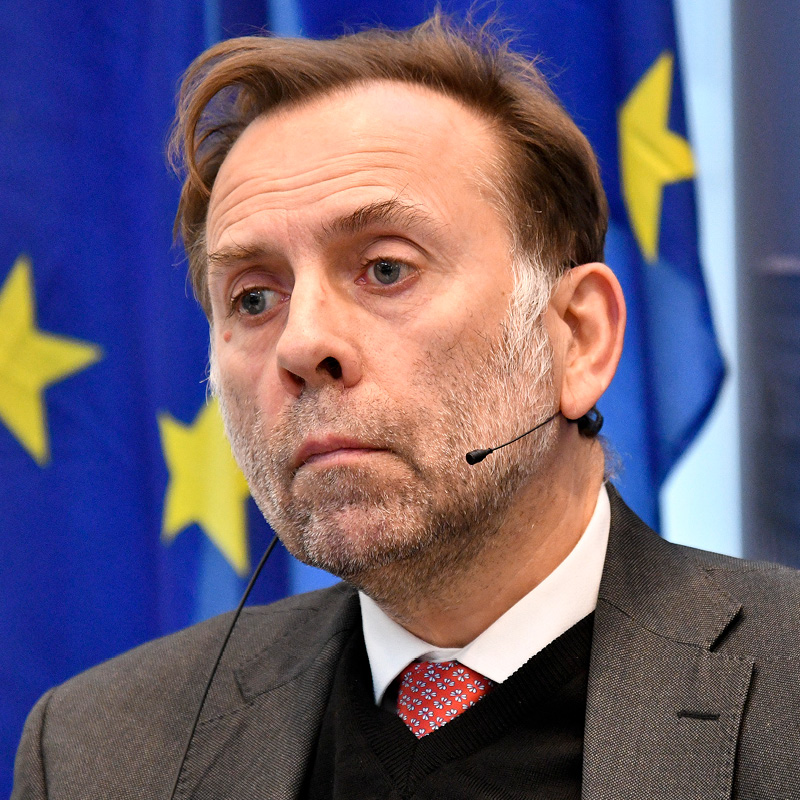 Martin has published widely on the European Union and its institutions, and on European and British politics.

He is the author of 2019's Slipping Loose: The UK’s Long Drift Away from the European Union, and editor of Outside the EU: Options for Britain, 2020, both published by Agenda Publishing, Newcastle-upon-Tyne. 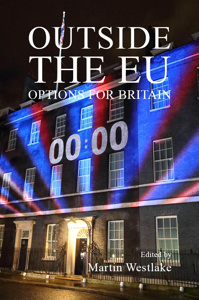